When date-night discussions turned to far more serious topics like housing, jobs, and children, you didn’t have to think twice. You were both in good jobs that you were happy in, and planned to rent until you had your first (of three) children.

What you forgot to talk about was the one thing that makes discussions and decisions about housing, jobs, and children much easier.

It’s a topic that deserves just as much talk-time as the others, but often gets ignored. Either because you find it boring and not worth discussing or it’s uncomfortable for you.

But neither of these–being boring or a burdensome topic– has to be true, especially once you and your partner get on the same page when it comes to finances.

Why is agreeing on money management so important? A study from Ally Bank found that 44% of people aged 54 and younger say that money is the top cause of stress in their relationship. This may be because the average American under 50 years old has between $22,000 and $42,000 in non-mortgage debt, says research from Northwestern Mutual. For some people, that’s an entire year’s income.

So, how can you best prevent letting your relationship fall victim to money woes? Here are the top three money mistakes that couples make and how you can avoid or fix them in your relationship.

There are three common ways that couples manage their money: jointly, separately or a mix of the two. As you’d expect, there are pros and cons to each of these. Problems arise when you’re not in agreement on which system you use.

Joint finances: This offers simplicity and transparency since you have just one account where all the money goes and is spent, with both partners having access to it at any time. Communication, and tools like Honeyfi, are essential to having a joint account so that you remain on the same page and don’t overspend.

Independent Finances: Keeping separate finances means that your money is yours alone when it comes to managing it. This works well if you aren’t comfortable merging or when one of you has an issue the other doesn’t (e.g., one of you has poor money habits or has their wages garnished). Bills are often split 50/50 or as a proportion of your income. This method gives both of you the freedom to use your income as you like once the bills are split.

Joint + Independent Finances: Having one joint account plus individual ones brings together the best of both worlds. Bills are paid from the joint account, and you’re both free to use the remaining money in your personal accounts as you like.

Chances are if you have money fights within your relationship, it may be due to how you handle it.

Money Fix: Evaluate the pros and cons of these three models with our guide to joint finances and ask family and friends about their experiences. Then switch to the one that is best for you as a couple.

Some money experts say that your best wealth-building tool is your income. It’s true when a significant portion of your income goes to debt there’s not much left to invest with.

Eight out of every ten people bring debt into their relationship. Maybe just a few thousand dollars, maybe a couple hundred thousand. No matter how much it adds up to, it has to go. The faster, the better.

So how do you tackle a pile of debt? Here are the three strategies that we advocate using:

Negotiate: Some debts, like medical bills and collections, can be negotiated. In the case of an old debt, you might be able to settle a $3,000 debt for $500. You can also call lenders to see if they will reduce the interest rate by a few percentage points. They might not agree, but it never hurts to ask.

Consolidate: When you consolidate your debts with you are essentially transferring several debts into one. Let’s say you have seven debts that add up to $30,000. You take out a bank loan for the $30,000 and use that money to pay off those seven debts. Now you have just one debt.

Be careful with consolidation; don’t do it as a quick-fix to reduce the number of debts and make paying it manageable. Assess the root causes of your debt, don’t continue to add to it.

Eliminate: The final step is to eliminate your debt with debt stacking. This handy debt snowball calculator allows you to input all of your debts, their interest rates, minimum payments to give you a month-by-month payout schedule. You have the option to choose to prioritize interest rate and pay as little in interest as possible, or by the amount of each debt which can be physiologically motivating. No matter which method you end up using, choose one, and stick to it.

Money Mistake #3: Not Being In Alignment on Financial Goals

New sports equipment, a new car, a backyard pool, a private school education for the kids, a vacation to Disney. You have many financial goals, but does your partner have the same ones?

Whatever your specific goals are, both of you may be coming at them from different viewpoints. Neither of you is wrong in wanting what you want, but once you’re in alignment with them, you’ll be able to achieve them sooner because you can choose one and then focus on it. Knowing that your partner needs a newer car to safely (and more comfortably) transport the kids makes waiting for that trip to Disney a lot easier.

What if you don’t have goals? No problem. Create some. Not just because you’ll be able to buy a rental property sooner, but for how it will benefit your marriage overall.

In our 2019 Love and Savings Survey, we found that couples who set and save for specific goals consistently are 50% more likely to say that they’re “extremely happy” in their relationship. And 62% more likely to report that they have a “great” sex life. So grab that yellow pad (most couples’ favorite way to brainstorm and record goals) and start dreaming of that new home or vacation you’ve been wanting.

Setting Goals: To decide on which goals you’ll tackle first, try this spin on The Newlywed Game. Don’t worry; it works whether you’re a mere six-months into marriage or sixteen years. Sit down together and make separate lists of your top three financial goals for the next five years. Listen to each other’s rationale for the goals once you have all six, decide on which one you’ll focus on first, and set up a savings goal in your Honeyfi app.

We can’t promise you that these fixes will remove money stress and arguments from your life forever, but we do know the power of communication. Start with downloading the app for free and open the conversation about money with your partner today. 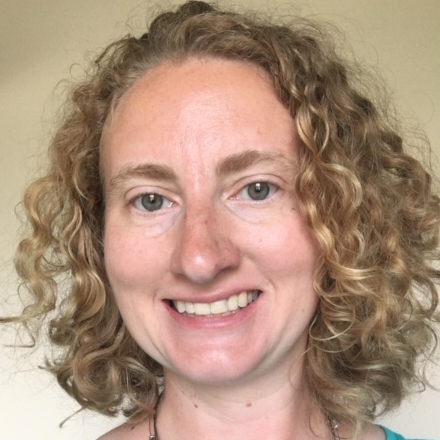 Charlotte Edwards is a personal finance writer and copywriter who enjoys spending her free time with her husband and their two kids, learning about real estate investing, and attempting to become a better cook.

Another option is to sit down together as a couple with a financial planner. He or she can help you figure out your financial goals and whether you’re in agreement about what those should be. A good financial planner will also guide your conversation, keeping disagreements from turning into sniping matches. Secret spending is bad news for any marriage. If you suspect your spouse is spending without telling you, or lying to you about money, don’t just ignore it. Confront your partner about it, but try to do it in a non-combative way that might allow the two of you… Read more »